This post was written by Cameron Chapman of Skillcrush.

With just 25% of the tech workforce made up of women in 2015 (compared to 57% of professional occupations overall), and only 17% of Computer and Information Sciences bachelor’s degrees earned by women in 2014, it can feel like tech is firmly the domain of dudes.

But that doesn’t mean there aren’t some absolutely inspiring women in tech, including CEOs, software engineers, and founders at some amazing companies. And there is plenty of opportunity for you to join their ranks, whether you’re interested in coding on a daily basis or founding and leading a startup of your own. Take a look at what these women in tech are up to: 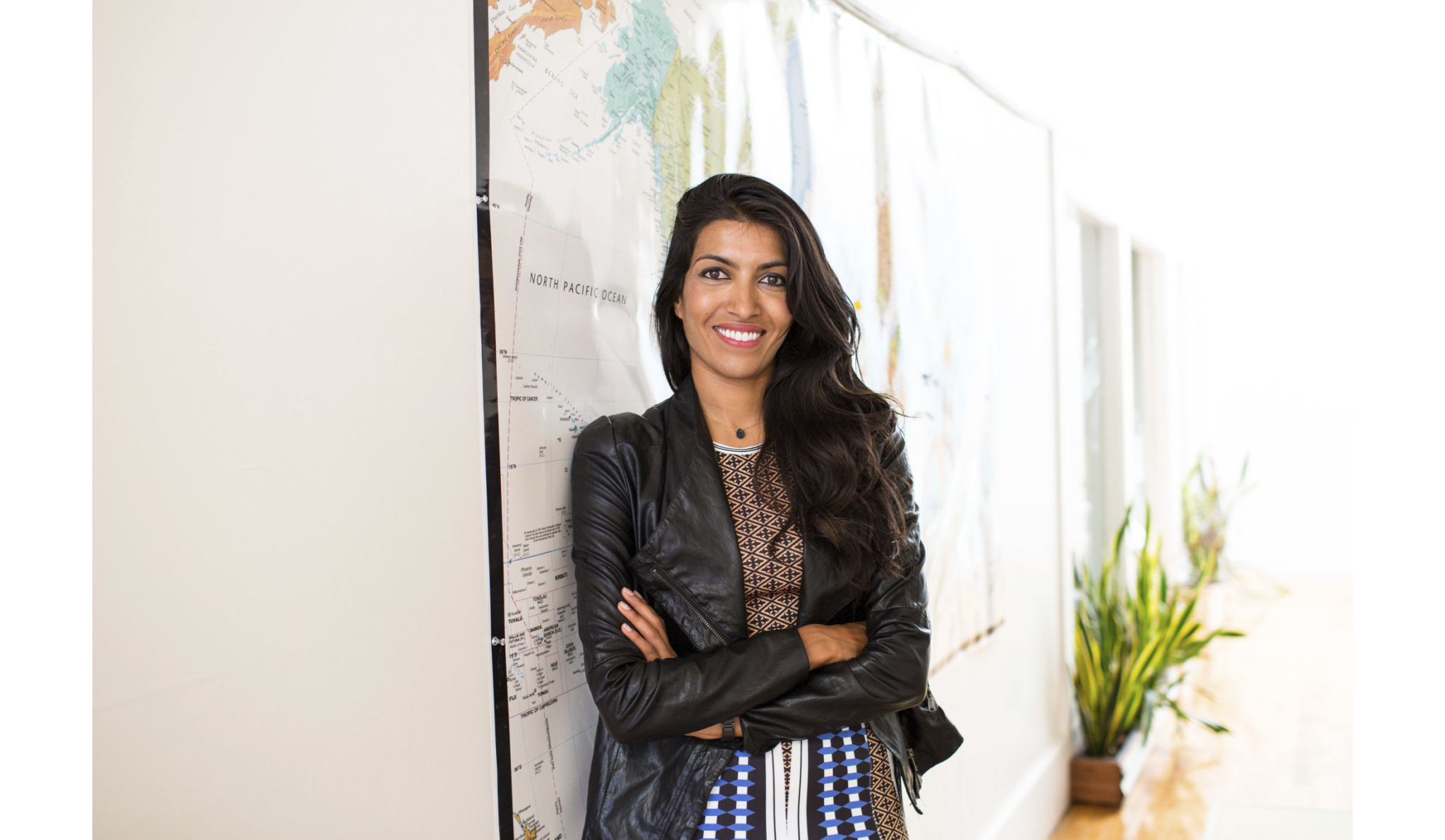 Leila Janah is the co-founder of luxury skincare brand Laxmi, but also the founder of Samasource, a nonprofit that connects low-income individuals in developing countries with online work: things like data entry, content moderation, and more. Her organization provides computers, job training, and internet access to people all over the world, allowing them to make more than 3 times the average wage in their region. This kind of access allows women who might otherwise have limited work options outside the home to earn a livable income.

Tracy Chou is spearheading transparency around diversity in the tech industry, starting with her work at Pinterest. Prior to an editorial she shared in 2013 on Medium regarding the diversity of Pinterest’s workforce, there were little to no numbers publicly available about how many women worked as software engineers at different companies.

Now, thanks to her, there’s a GitHub repository of nearly 600 submissions regarding how many female software engineers work at various tech companies.

Lady TechMafia is a listserv started by Aminatou Sow, inspired by reading an article about how dismal the outlook was for women in tech. With men in Silicon Valley making an average of 61% more than women, it’s no wonder she was inspired. The listserv is invite-only, and has over 2,000 members who can turn to each other for advice, help with coding problems, and even job opportunities.

Prior to joining Greylock Partners—who have invested in companies including Airbnb, Dropbox, Facebook, Medium, and LinkedIn—as an investment partner, Sarah Tavel was among Pinterest’s first 35 employees (after her former VC firm had invested in Pinterest at her recommendation), acting as their first product manager. She currently leads Pinterest’s search, recommendation, and off site experiences, among other efforts. 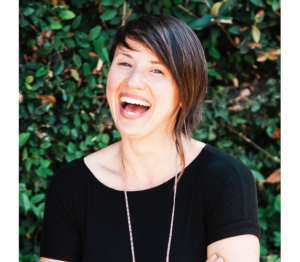 Seed & Spark has created a different crowdfunding environment for filmmakers, led by Founder and CEO Emily Best. The platform includes curated crowdfunding that results in a 75% success rate (significantly higher than other crowdfunding sites), as well as distribution for those campaigns who meet minimum follower numbers. Considering how overrun most general-purpose crowdfunding sites sometimes feel, it’s a welcome change in how filmmakers can raise the funds they need to make their films.

Whitney Wolfe started dating app Bumble as a way to combat the rampant sexual harassment that can be found in so many online dating apps. Bumble puts control in the woman’s hands, by allowing only women the opportunity to message their matches, which expire in 24 hours (with same sex matches, either party can message first). The shift in power dynamic has made a huge difference in the culture of the app, with just 620 cases of reported abuse or harassment in 2015, representing less than .1% of the total user base.

7. Kathryn Minshew, Founder and CEO at The Muse

The Muse is an online career platform that combines job listings with skill-building workshops and advice columns, making it a one-stop shop for those looking for career path guidance. They go way beyond what the standard job board does, with behind-the-scenes looks at what it’s like to work at various hand-curated companies, so users get an idea of what different career paths are really like. When the platform got started, there was nothing else out there like it, which is what inspired Minshew and her co-founders to start The Muse. 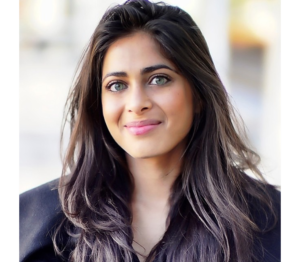 Ruzwana Bashir founded Peek.com out of her own need for a way to book fun travel activities in holiday destinations without spending a ton of time researching and searching a bunch of different sources. The site serves as a sort of OpenTable for things to do.

Gina Bianchini founded MightyBell as a way to bring together people based around their interests. When they realized that the audience was almost entirely professional, they decided to focus on that aspect of the platform, providing a way to build specialized professional networks. Prior to MightyBell, Bianchini co-founded Ning, the largest online social platform for communities of interest.

Like so many great ideas, TaskRabbit was born from Leah Busque’s own needs. She thought one night how great it would be to be able to connect with someone online to run simple errands or perform simple tasks for her. Like a late night run for dog food when you suddenly realize you’re all out. TaskRabbit was born, and is now up and running in 19 US cities, with more on the way. 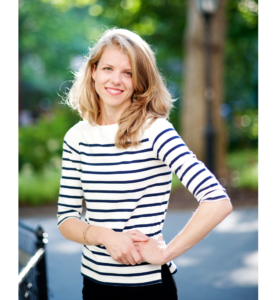 When Adda Birnir was laid off in 2009 just 7 weeks after being hired, she noticed something: among the dozens of employees being let go, only one of them was a developer. She realized that if she wanted to make herself an invaluable employee in the future, she needed hard tech skills. After teaching herself to code (and building websites for companies like MTV and The New York Times), she turned to educating other women and founded Skillcrush, an online platform for learning to code and changing your career.

Shaherose Charania started Women 2.0 in order to catalyze change the representation of women in tech. With women making up only 10% of founders and investors, 30% of tech workers, and 24% of people sourced in news stories, there’s huge room for growth. Their mission is to connect, inspire, and educate the next generation of leaders in tech.

Limor Fried, the founder of Adafruit, holds the distinction of being the first female engineer to ever grace the cover of Wired magazine. Her company, which sells open-source hardware kits that let virtually everyone build their own products, earns tens of millions of dollars each year. She started Adafruit after building her own MP3 player and sharing the instructions online; pretty soon, people started requesting kits for building their own.

PowerToFly was created to find remote jobs for female tech talent, and has had more than a few high-profile clients, including Hearst, Time Inc., The Washington Post, and BuzzFeed. The founders, Katharine Zaleski and Milena Berry, feel that remote work can be a huge step in closing the gender gap in tech.

Laura I. Gomez got her start managing Twitter en Espanol, as a founding member of their international team. She went on to play a similar role at Jawbone, before finally striking out on her own to build Vyv, a “game-ified Reddit”. Users will be paid for posting content in Bitcoins, based on popularity. It could be a game-changer for sites based on user-generated content.

Sara Haider started coding at just 9 years old, building websites with her sister about their favorite subjects. Now she works as the Lead Android Engineer at Secret. Before that, she built the Vine for Android app at Twitter. She’s also one of the advisors to Girls Who Code, and was instrumental in getting seed funding for the organization. 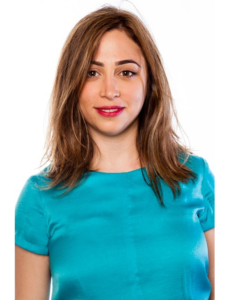 Ayah Bdeir founded LittleBits Electronics with the idea that anyone could be an inventor. It breaks away from the usual top-down way that the tech hardware industry works, and allows everyone to innovate and invent. LittleBits provides easy to use electronic building blocks you can use to create whatever you can imagine.

Custom headphones can cost upwards of $2,000 or more. Nikki Kaufman is using tech to change that. Her company, Normal, creates custom 3D printed earbuds based on photos of your ear taken with a mobile app. The best part? The custom earbuds cost under $200. Plus, they look awesome.

Jess Lee is proof that being proactive with your career is a fantastic way to get noticed. She was frustrated with some of the features of Polyvore, and sent the founders a long email detailing what she thought was wrong with the site. They wrote back and offered her a position to come on board and fix the issues herself. Now, she’s the CEO.

Since women make up such a large percentage of those online, it makes sense to have online experiences built by other women. Erin Teague works as the Director of Product Management, specifically on the sign-up processes for Yahoo’s various offerings, including Mail, Flickr, and Tumblr. Prior to Yahoo, she worked at Path and Twitter.

Suma Reddy’s app, Waddle, is like a Yelp that only includes reviews from your friends and people you know. You can check-in, discover places your friends are raving about, save places so you remember them later, and make suggestions to your friends. Suma presented the app at the White House’s Demo Days while it was still pre-launch. (Suma is a graduate of (our friends!) Flatiron School’s 3-month web developer program!)

Femgineer started out as a blog for Poornima Vijayashanker, but has since grown into a full-time business. Prior to founding Femgineer, which helps tech professionals advance their careers through online and offline courses and workshops, Poornima was the founding engineer at Mint.com.

Regardless of where your dreams in tech lie, there are amazing women out there who can serve as role models, beyond just those named above.

Feeling inspired to get started in tech but don’t know where to begin? There are a number of great, free resources. Try Skillcrush’s free 10-day Coding Bootcamp here —you’ll have common tech terms explained, plus the chance to write your first lines of HTML. If you want too explore coding languages you’ll use a full-stack developer in more depth, check out Flatiron School’s free Intro to Programming course. 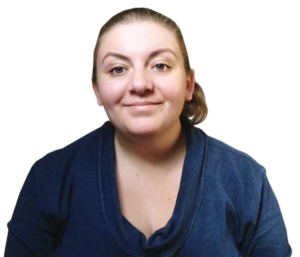 Cameron Chapman manages the blog at Skillcrush, and spends most of her time writing and editing blog posts and Ultimate Guides. She's been a freelance writer, editor, and author for going on a decade, writing for some of the world's leading web design and tech blogs. When she's not writing about design (or actually designing things), she spends her time writing screenplays and making films in Vermont's Northeast Kingdom.