Sara Gorecki is a Node.js Engineer at Penton Media, working with a talented team of engineers who care about their community and are always striving to learn. She’s also an alum of the NYC Web Development Fellowship. With a background in communications and journalism, she spent a lot of time reconciling her passion for the arts with her interest in science and technology. After four years working in marketing and countless courses on code, she decided to find a place for herself within the programming community. Since graduating from Flatiron School, she’s TA'ed a class of high schoolers, given a talk at jQuery Conf on making video games, and written a book chapter on JavaScript robotics. She also co-founded QueensJS, which after just a few months, is already 236 members strong.

Sara sat down with us to share her advice on how to find a passion for programming and transform an interest in code into a whole new career. The gist? Dabble enough to know you love it and then dive into learning. Find people you love working with and build things you love building. Let your programming community suck you in—then make it even better. The end result will be totally rewarding. Here’s her whole story.

I was always interested in learning how to program, but it never really occurred to me that it was something I could make a career out of. I mean, even once I started teaching myself, how could I know it was something I would enjoy doing every day when I was just getting started? I didn’t really have an “aha” moment, it was more of a gradual realization that I wasn’t just casually interested in programming. It was about finding my place in the JavaScript community and discovering that I was so excited about code that I wanted to do it full time.

In pursuit of a hobby and basic understanding of code, I started attending Girl Develop It classes. I went through every single one they offered in New York. I did JavaScript, jQuery, HTML/CSS, Basic Android Development, Intro to Git—and I just couldn’t get enough. Once I exhausted these, I started online courses. The problem was, when you don’t even have a grasp of what you don’t know it’s really easy to lose focus without a curriculum or someone around to tell you what it’s most useful to learn next. I gained a very syntax-level knowledge of a bunch of different languages, but it felt like I wasn’t adept enough in any of them to actually build anything.

A project I took on while working in New York University’s Information Systems Department changed how I thought about my role as a programmer. One of my responsibilities was running an academic conference for my department. Part of this was updating and maintaining the website. I knew enough to be able to look at the code and understand it to some degree. I saw that it was kind of a messy and difficult for a human to read. So I dove into the code and tried to rebuild it, with the hope that we’d have an easier time maintaining the site internally.

Summers in academia are slow, so I got to spend a full week just rebuilding the site. I feel really lucky for that opportunity, because that’s when I knew programming was for me. It was the turning point where I went from thinking, “Oh code is really fun and this is a hobby I want to have,” to “Okay, this is something I can see myself doing every single day.” That’s when I knew I loved it enough to make a career out of it.

I went from thinking, “Oh code is really fun and this is a hobby I want to have,” to “Okay, this is something I can see myself doing every single day.”

Find the best way for you to learn and dive in

As soon as I knew I wanted to program full-time, I also knew I wanted to learn full time. I just don’t think I could have done it while working and without having a focused curriculum. Money was a huge impediment for me, so I was really excited to learn about the NYC Web Development Fellowship. Even though I was super into the idea and obsessed over my application to get it just right, I felt like there was no way I was ever going to be able to get in. I thought, “There’s way too much competition. It’s a free program. The Mayor tweeted about it.” But all my hard work paid off. I got in!

In the first month of Flatiron School, I learned more than I had in an entire year of learning on my own. It totally bridged the gap between knowing a language and being able to build real things. When I was self-taught, there were all of these holes. I didn’t even know what the holes were. I just knew that there was something standing between me and knowing how to apply to my knowledge.

The direction, the people, the full immersion—being able to focus all of your time on learning to code and not having the distractions of having to keep a job at the same time made all of the difference. And it completely changed my life. I feel like it’s a clichéd thing to say about a program like this, but it is absolutely true.

Find people you love working with

I know a lot of people who are self-taught programmers, but for me, it was clear that learning by myself was really limiting. Flatiron School was super intense, but it was completely worth it both from the friendships that I made and from the amount that I learned from other people.

I was so impressed and excited when I showed up at orientation for the NYC Development Fellowship. It can be hard to find diversity in the programming world, but over half of my class was made up of women and minorities. It was such a very vibrant, diverse group of people. I got to know them so well, and a lot of them are people I would have just never crossed paths with otherwise; yet we ended up forming these really close, special bonds.

There was also a culture of students asking each other for help before teachers, because we knew there was so much knowledge that we could gain from asking and helping our peers.

But the best part of the experience was how well we worked together—especially on projects. In one group project I worked on, we would keep switching it up, so everyone got experience and had the opportunity to touch every piece of code. We set a timer for every half hour, and then took turns writing code. We would talk through everything out loud just to make sure everyone was on the same page. We all learned together—it was an incredible and irreplaceable experience. 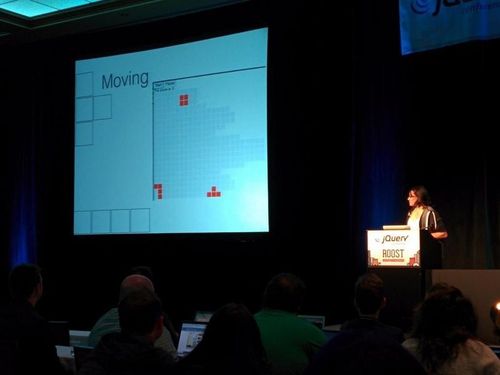 Make things you love (and that will teach you something)

One of the first group projects I worked on during the Fellowship is one I’m still really proud of. My team built an app to help find a central meeting spot for people coming from different places in a city based on public transit travel time. When we were first looking into how the Google Maps API worked, it seemed like the data might just not be there. There were plenty of times we worried we wouldn’t be able to figure it out. It wasn’t an intuitive problem to solve—especially in a city like New York where subway stations are scattered all over the place. When we did solve it, we were all so excited. We were able to pick apart the data and find a random hack that actually worked.

When I was at Flatiron it was important for me to not only pick projects that I liked building, but that would also solidify skills I wanted to pick up. I love games, so when I wanted to learn more about jQuery I decided to recreate Spider Solitaire. I figured, my Mac doesn’t have it, so I might as well recreate it—and it ended up becoming a pet project. I worked on it for a couple of weeks after class and on weekends. After all the work I put in, I had a working knowledge of jQuery and a fully functional Spider Solitaire game that I was able to present at BrooklynJS. 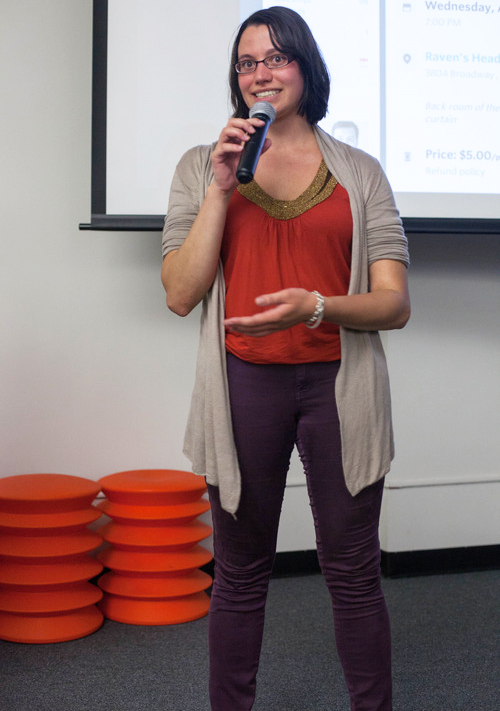 Immerse yourself in the programming community

I learned really quickly that the best resource and source of support developers have is their community. I regularly attended BrooklynJS events while at Flatiron since I had met so many JavaScript developers when I was self-teaching. After I graduated, I knew I wanted to dive deeper into JavaScript and expand my knowledge, but the main reason I really stuck with JS was because I ended up getting totally sucked into the community.

Just after graduation, I was very fortunate to be able to go to three different JavaScript conferences: JSConf Brazil, jQuery Conf UK, and JS Conf in Florida. I went to as many talks as possible. Some of them were at my level of understanding—but even the ones that were a bit over my head helped introduce me to what’s possible with JavaScript. I felt like I had something to strive toward.

It also really solidified something I’d already started to figure out: the JS community is amazing, and it is particularly strong and welcoming in New York. The events and Meetups happening all of the time are a really wonderful way to meet other developers (and really cool people). It has been a huge source of support both when looking for a job and learning new things. If I get stuck on a problem, I now have all these people who I can just ping on Twitter for help. Being a part of this community has really broadened my horizons.

Then give back to it however you can

The community also inspired (and encouraged!) me to get involved—even though I had a bit of imposter syndrome and didn’t think I had a lot to offer as a beginner. At JS Conf, I was part of a team of four running a workshop. We taught software developers who hadn’t really worked with hardware before how to take their programming skills and use it to build fully controllable JS-powered boats.

It was a ton of fun and incredibly rewarding to actually empower people to try something new. Although I was fresh out of Flatiron School, I had some random hardware experience I was able to share.

Getting involved in the community also opens other doors you may not expect. Because of my role at JSConf, I was asked to help organize and coordinate other hardware workshops, and will be a “Radical Domain Expert” at the upcoming RobotsConf. The 10 minute talk I gave at BrooklynJS ended up directly leading to a talk at jQuery Conf a couple of months later. Attending the BrooklynJS and ManhattanJS meetups inspired me to start QueensJS, and through that I’m able to encourage others to get involved as well.

Even if you don’t know everything, there’s probably some skill you have to offer, and it’s totally rewarding when you find a way to give back.

Stay in touch with Sara on Twitter. You can also checkout a QueensJS Meetup or see the talk she gave on recreating games at jQuery Conf.

All Articles by Flatiron School