Considering a career in cyber? Apply to our online course and chat with admissions.

Unsurprisingly, with so many headlines about cyber security, there’s also growing interest in joining the industry. So, what are the best programming languages for cyber security? Let's find out. 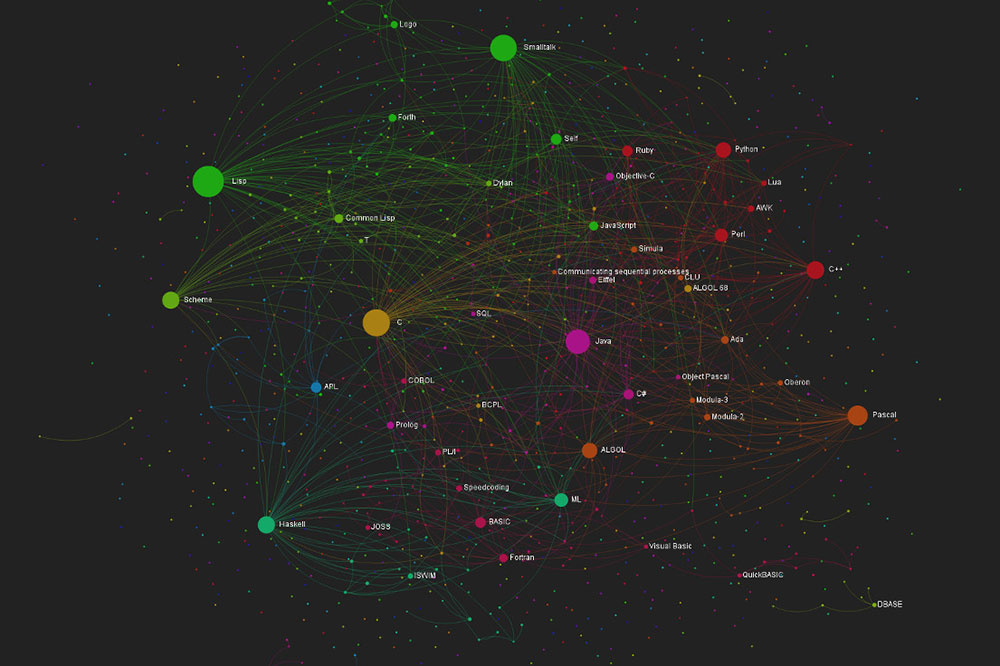 Why learning programming is important for cyber security

The choice of which programming language to learn, however, isn’t so simply put.

The language to learn depends on your concentration, which could be in computer forensics, security for web applications, information security, malware analysis, or application security. Though the importance of any given language varies by role, programming experience offers a higher competitive edge for cyber security experts over others.

And although not all cyber security positions require a programming background, it’s an important skill to have for mid-level and upper-level cyber positions. A strong understanding of programming languages helps cyber security experts stay on top of cyber criminals, and having a good grasp of the architecture of a system means that it is easier to defend it.

Fortunately, the beginning of a cyber security career is the ideal time to build your programming knowledge. This way, when you hit the job market, you’ll know the essential components of programming and will be able to read code and comprehend its functions.

What programming language should I learn for cyber security?

There are about 250 prominent computer programming languages used today, with as many as 700 used around the world. In cyber, that number shrinks to around 10-15. Here are the twelve best programming languages to learn for cyber security, so you can set your sights toward starting a new cyber career.

For several years now, Python has been a dominant language in cyber security. It is a server-side scripting language, so the resulting script doesn’t need compiling by coders. It’s a general-purpose language that is used in many — if not most — cyber security situation.

With Python, you’re able to automate tasks and perform malware analysis. Plus an extensive third-party library of scripts is readily accessible, meaning help is right around the corner. Code readability, clear and easy syntax, and a vast number of libraries are some of the aspects that make it popular.

For cyber security experts, Python is a valuable programming language since it can be used in detecting malware, penetration testing, scanning, and analyzing cyber threats. If you understand Python, being a SOC support pro makes a whole lot of sense.

You need to build tools and scripts in this role to protect web pages from security threats. To examine the root of the issues, you can also employ data, logs, and artifacts.

As a side note: The chart above shows the relative popularity based on how many GitHub pulls are made per year for that language. This chart and all the charts below are based on data from GitHut 2.0, created by littleark.

Go has become quite popular as a language for security professionals. It’s a perfect option for cyber programmers for its use in server and cloud services, flexibility and ease, and data analysis capabilities.

The most common programming language is JavaScript, a universal language used by 95 percent of internet sites.

It's one of the finest programming languages for cyber security you can master.

JavaScript lets programmers use any code while users visit a website, strengthening that site’s functionality. On the other hand, it may produce malicious functionality hidden from the visitor. If the web site is compromised, malicious codes may be used to run a program.

If you’re a JavaScript expert, you can ensure that any site is safe enough to reduce or even remove Cross-Site Scripting (XSS) attacks.

Being a low-level programming language with simple syntax, someone can master it with a few months of training. Programmers take further steps to make sure that their code lacks bugs when writing the program. Hackers can use it to find vulnerabilities, though.

Lint is a code analysis tool intended for programs that are written in C. Different versions have emerged since its inception. Both cyber security experts and hackers may use Lint to identify programming errors, and find bugs that risk computer network security.

C++ was adapted from the C coding language, but has several distinct features.

Cyber security experts benefit learning C++ because they can detect vulnerabilities and security weaknesses easily. A scanning tool like Flawfinder that scans C++ lets cyber experts easily recognize security flaws in code. These tools describe existing vulnerabilities, their severity, and their effects on an application by using an integrated database that includes the language function's possible risks.

Database Administrators, programmers, and end-users create SQL queries for the retrieval, insertion, modification, and removal of data stored in database tables. Attackers often use this language to steal confidential data, compromise data stores, and execute a variety of web-based attacks.

You'll need to have at least a basic knowledge of SQL if you want to comprehend the activity of the attacker and avoid SQL injection as well as other database-related attacks.

In 2003, Slammer, a malware based on assembly, caused disorder and slowed web traffic by forcing service negligence on many, many proprietors. There was a protective overflow bug on Microsoft's SQL server that the program exploited. This incident was not a sudden one — several months before a patch was released — but several enterprises didn’t implement it, opening the door for the bug to propagate.

Assembly is an essential programming language as cyber security experts might use it to interpret malware and understand their modes of attack. Cyber security professionals defend against traditional and contemporary malware continuously, and so it’s essential to understand how malware functions.

PowerShell is a more versatile command-line interface that blends the old Command Prompt (CMD) features with an advanced scripting environment that can be used to get access to the inner core of a machine, including Windows APIs access.

Ruby is a general-purpose high-level language created and developed by Yukihiro Matsumoto in Japan. Since then, it’s become one of the most popular programming languages in the world.

Java is one of the first languages to be used in the design of many major operating systems, like Solaris, Linux, macOS, and Microsoft Windows. Since it drives both modern and legacy web servers, it is extensively used in all industries.

In information security, the Java language has many applications.

PHP is a server-side programming language used to build websites. PHP is perhaps the most powerful server-side language there is, used in 80 percent of the web’s top 10 million domains. For this reason alone, it’s obvious that understanding PHP will help you protect against attackers.

It’s also worth noting that PHP is used by businesses as a language on the server-side that works with HTML, helping websites work properly. To make website updates easier, web designers use PHP to connect databases with web pages.

Shell scripting incorporates several of the same commands that you may already use in your operating system's terminal sessions and lets developers create automated scripts for various routine activities.

Do you need to provision accounts quickly and facilitate sufficient access? Do you want to automate a system configuration security lockdown quickly? This is where shell scripting comes into play.

You'll want to master some Linux script languages like Bash if you're using  Linux or macOS. If you're a Windows pro, immerse yourself in PowerShell.

What’s the first cyber security language I should learn?

We recommend starting with Python. The syntax is straightforward and there are countless libraries that make your coding life much easier.

In cyber security, Python is used to conduct many cyber security tasks like scanning and analyzing malware. Python is a helpful step towards more sophisticated programming languages, too. It offers a high level of web readability and is used by tech’s largest companies, including Google, Reddit, and NASA. Once you have Python down-pat, you can move on to high-level programming languages.

What are the best ways to learn these cyber languages?

Like with any type of coding language, there are lots of ways to get started learning. It really all depends on how much time and money you’d like to commit to. If you want to learn casually or dabble in coding before committing, we suggest starting with a free introductory course. And if you know you’re ready to pursue a career in cyber security, then a full-time bootcamp is your best bet.

EdX. This course provides a high-level introduction to cyber security and is suited for people interested in internet security.

Flatiron School's Intro to Cyber security. Learners who want to dive into cyber security fundamentals like virtualization functions can get started with our free intro course.

SecureSet. This 800-hour comprehensive course is intended to help you learn the skills to become a level 1+ strategic analyst, security engineer, or penetration testing officer. SecureSet’s is a part of Flatiron.

Flatiron School's cyber ecurity analytics course. Our 480-hour Analytics course is intended to teach you everything you need to know to start a career as a level 1+ threat analyst, compliance analyst, security consultant, or SOC specialist.

We also offer our full-time Cybersecurity Engineering course. This course focuses more on learners with a technical background, helping them start a career as a cyber security engineer and joining the forefront of global technological development.

The best online cyber security courses to change your career

Brainstation. Through this cyber security course, you can gain a better understanding of the technologies developed every day and how security attacks leverage vulnerabilities and evolve within cyber security.

Level Effect. This course focuses on security and is paired with practical applications and use cases. Develop the skills needed to secure cyber security job roles or advance your career with new strategies, techniques, and processes.

Flatiron School's online cyber security course. Through this online program, you can gain cyber security Analytics skills while being part of a vibrant, buzzing group of students and tech entrepreneurs through Slack, Zoom, and in-person with nearby learners.

What other skills do you need for a cyber security career?

Specops Software examined 843 cyber security job listings on the recruiting website, indeed, to classify the essential soft skills for cyber security positions in the job market and which programming languages and certifications are most valuable.

Keep in mind: each language has its own objective and serves it accordingly. The more languages you know, the better it looks on your resume and the further ahead you are than the rest of the pack.

To learn more about which one is right for you, learn more from our Head of Cyber, Dr. Bret Fund, below.

Source: The charts above show the relative popularity based on how many GitHub pulls are made per year for that language. They use data from GitHut 2.0, created by littleark. 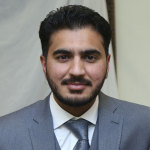