Christina Phillipson and Quincy Morgan aren't your average teenagers. The stepsisters (Christina is going into 11th grade and Quincy into 9th) decided to hatch big plans this summer.

Between Software Engineering and Web Design classes, they now speak the same languages as professional software developers. Read on to find out how they've combined their strengths in programming, and what Flatiron School is really like behind the scenes.

FS: What has your experience been like so far at Flatiron School?

C: It’s been really good. I came into the program knowing absolutely nothing about code except my dad telling me, “You should do it, it’s a great experience.” After three weeks, after SE1 and SE2 (Software Engineering 1 and 2), I was like a professional software engineer. I learned so much in four weeks.

Q: Yeah, and I got into this because Christina was like, “Hey, I’m going to computer camp for two weeks, want to come? I was like, “Sure!” So I had no idea what Flatiron School was, what they were teaching, what I was going to learn. And I just sort of walked in because I needed something to do over the summer and I really turned out liking it a lot, so I’m back for SE2.

FS: Was it intimidating when you first started, did you find the courses to be really challenging?

C: When we first started out, we started out with the basics, so it wasn’t really hard, but I didn’t know what to expect. So I jumped right in, and I said, whatever it is, I’ll do it.

Q: Yeah, when we first started, I knew a little bit of HTML, so I felt comfortable with that part, but Ruby was completely foreign. But after the first day or two I was comfortable with that. I think for me, I’m a really socially awkward person, so a new group of 18 kids was awkward at first, but then I made some friends with people who I’ll definitely be keeping in touch with, and it was really, really nice to meet people outside of my school. And the instructors were really nice, too.

FS: What kind of projects did you work on?

C: In SE1 Quincy and I made a website called Zodiac signs. Pretty much, you entered your birthday through a simple form, and then it gave you your horoscope and what sign you are. In SE2, we made an app for a web app called Manifesto. It’s like a social media website.

Q: Also in between those two, for our first week of SE2, our class was so small we had the time to make two projects. In the first week, we made one called GifHub, which is just a big collection of GIFs that someone can post, and that was really fun! We made Manifesto the next week, and that was like our real final project. The difference between SE1 and SE2 was we actually put a database on our second project, so it was a deeper website. 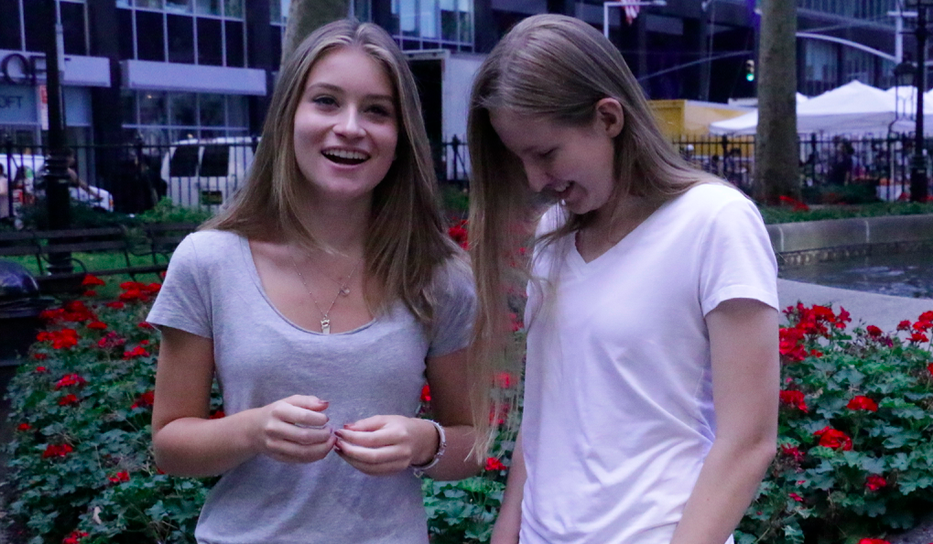 “She’s more of an HTML/CSS person and I’m more back-end...you know, we fit together like yin and yang.” -Christina

On balancing out each other's skills

FS: What is it like taking classes together as sisters?

Q: When you’re together, you rely on each other. So we have to think, okay, branch out. Don’t just go to lunch with each other, have lunch with some other people in your class, make some friends!

C: It is fun coming in together, though. Since we knew nothing about code and software engineering, it was nice to be with somebody familiar, so if I had any problems, I at least had somebody to turn to. She’s more of an HTML/CSS person and I’m more back-end.

FS: Sounds like you both make the perfect team.

C: Exactly! We work together on all these apps. I did all the back-end, she did all the front-end, we did not really mix at all.

Q: But the nice thing too is while I prefer to code the front-end and she prefers to code back-end, we always made sure each other knew how to do both instead of avoiding it. We made sure that while in our final project we knew how to do both. We really sucked the life out of the class and got everything we were supposed to learn!

FS: So if you don’t know something, she knows it, and vice versa.

C: I’d consider myself more of a math and science person. I like to deal with numbers and functions, while Quincy is very artistic.

Q: Well, the nice thing is we’re both really into math and science, but we like different parts about it.

C: You know, we fit together like yin and yang.

Q: We work together really well.

C: We both like math, but I like different math than she does, so if we have to solve a math problem, I do half and she does half. It works out.

FS: Tell me about the friends you’ve made here.

Q: So, our partner for Manifesto, Jackson, he was so helpful because he knows a lot about databases. I texted him for help and he'd guide me through the answers. He’s also doesn’t like to deal with the HTML/CSS front-end stuff, so I can help him with that and he can help me with the databases and the APIs, which I still have a little bit of trouble with.

C: Also, our SE2 class only had six people.

Q: And that was the best thing ever. Being just six people, we had three instructors for six people, and you always had help. You never had to do lecture-style because the teachers were sitting around the table with you.

C: It was such a good atmosphere, you became so close with everybody in that class. If you ever needed help, you could easily reach out to anyone. We played games, we got to know each other so well. 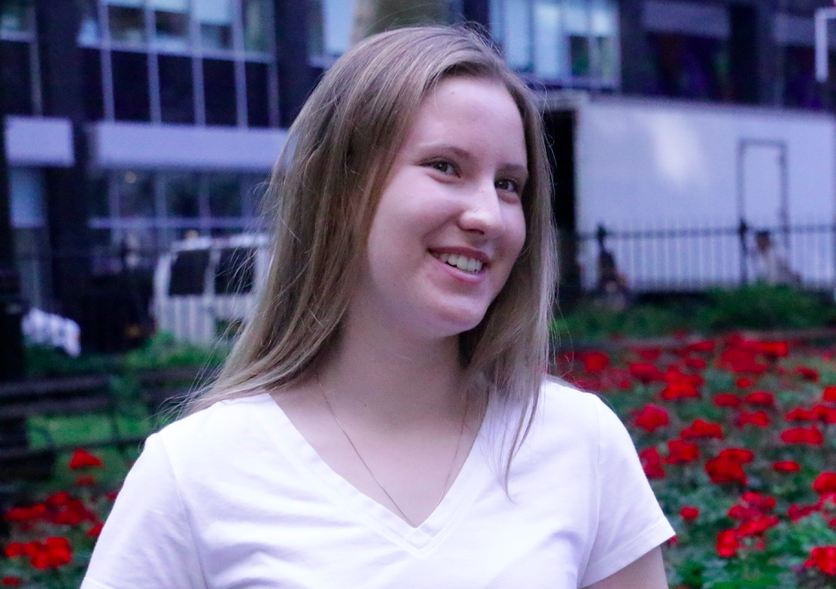 “It’s not like a school, it has a different environment. It has a feeling of openness...Everybody comes with a smile and they leave with a smile, because they have such a great time.” -Christina

On how Flatiron School is different from other places

FS: How do you think taking classes at Flatiron School is different than at a regular school?

C: It’s not like a school, it has a different environment. It has a feeling of openness. The people are more like you because they’re also interested in similar things.

Q: And they’re here because they want to be here! Most of the time in school, your classes are half-filled with people who actually want to learn, and then there’s that other 50% that’s there just because their parents make them go everyday and they have to. Here, every person has chosen to be here, so they’re all extremely excited about what they’re working on. They’re motivated and excited about code and they’re happy to be there. And the instructors — they all love to teach and they love to code, whereas I feel like sometimes certain teachers are in school just because they’re there. It’s very different. You’re more motivated around other motivated people, and you’re more excited around other excited people, so it changes the whole atmosphere.

C: Everybody comes with a smile and they leave with a smile, because they have such a great time.

Q: It’s also different because we have a lot of freedom.

Q: Our lessons, they’re what we want to learn about. I remember Christina saying that before she felt she had a great grasp on APIs and she wanted to work on something else, she just told our teacher Ian. He said, “Okay, yeah. You can start on something else.” It isn't like a normal class in school where you have to hit certain topics. You learn about what you want.

C: It’s so good that we have such a good connection with our teachers that — before this interview, we went and asked our old SE2 teacher to help us with one of the projects we were working on.

Q: Yeah, it’s so nice we can walk in here — not taking a course anymore — and still go in for help. Not feeling awkward or like I don’t belong. That’s a really nice community that’s hard to build.

On what they want to do with Computer Science next

FS: Before you took these classes, were either of you interested in doing CS majors, or is this a new interest?

Q: Yeah, I thought the same thing as her. We both always knew we wanted technical degrees, since we were young because we like math and science — that’s where we were going to be in college. But we didn’t know we would be interested in software engineering. 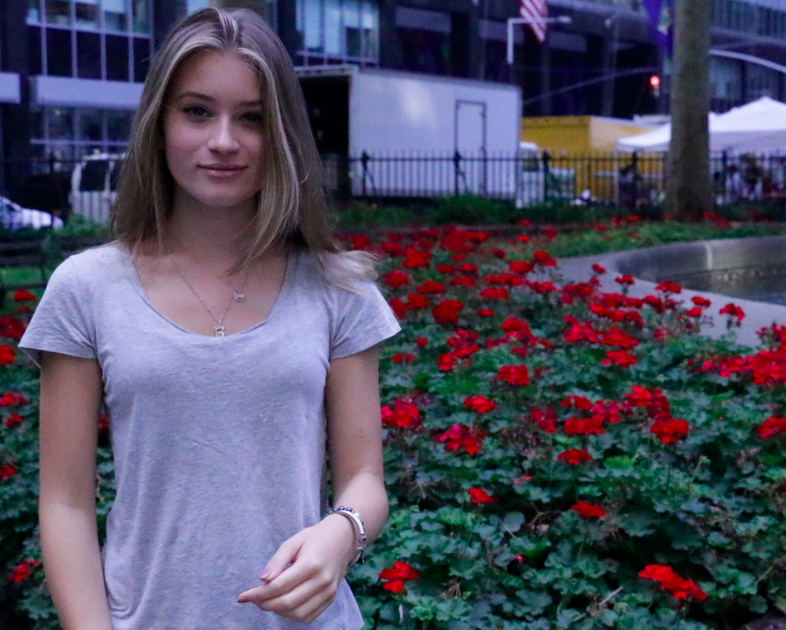 “There are a lot of kids who go in to do these extracurriculars and they don’t remember anything after they’re done. Here, you want to remember everything. Here, you leave and you want to come back.” -Quincy

On whether or not other students should try it out

FS: What would you say to someone who is thinking of attending Flatiron School's Pre-College classes?

Q: I think I’d recommend it to every single one of my friends because during your high school years, you go for a lot of extracurriculars when you’re applying to colleges. But I did this because I wanted to — I was only in 8th grade so it didn’t matter — but I actually wanted to be here. There are a lot of kids who go in to do these extracurriculars and they don’t remember anything after they’re done. Here, you want to remember everything. Here, you leave and you want to come back. That’s the difference between this program and another program.