Students are the heart and soul of Flatiron School coding bootcamp class. A great education requires more than just training a student using advanced tools and a great curriculum.

Aside from questions about coding bootcamps, the next most popular question usually focuses on the student experience. What’s it like to be a Flatiron School immersive coding bootcamp student?

Leeza just graduated from our Immersive Software Engineering Bootcamp at our Washington D.C. campus. Prior to enrollment, Leeza obtained a Communications Art degree, which combined illustration with graphic design. “But, coming out of that program, I didn’t find a lot of entry-level jobs,” Leeza said.

Her first job out of college was at the popular local bookstore, Politics and Prose, where she worked on the store’s database and social media. After a few years, Leeza was asked to completely redo their website. “It was an enormous undertaking. There were a lot of people with a lot of opinions,” Leeza said. She learned how to work with different people and departments and incorporate their needs into the final product.

Leeza wanted to do something more and initially decided to work as a freelance graphic designer before figuring out what to do next.

She had heard about Flatiron School, but couldn’t make the move to New York to attend an in-person bootcamp. “I really wanted to have an immersive experience. As soon as I found out Flatiron School was in D.C., I reached out and got more information,” Leeza said.

In many ways, Leeza represents the typical successful Washington, D.C. student. She was passionate and determined to start a new career. She didn’t have a lot of time to complete the prep work, but she figured out ways to finish the 100-hour course. She had some technical experience, but it was her attitude that was her biggest selling point. “Everyone was communicative, helpful, and they wanted to get me into the program,” Leeza said.

After completing a few optional lessons and tying up some loose ends, Leeza was ready to begin her immersive Flatiron experience. 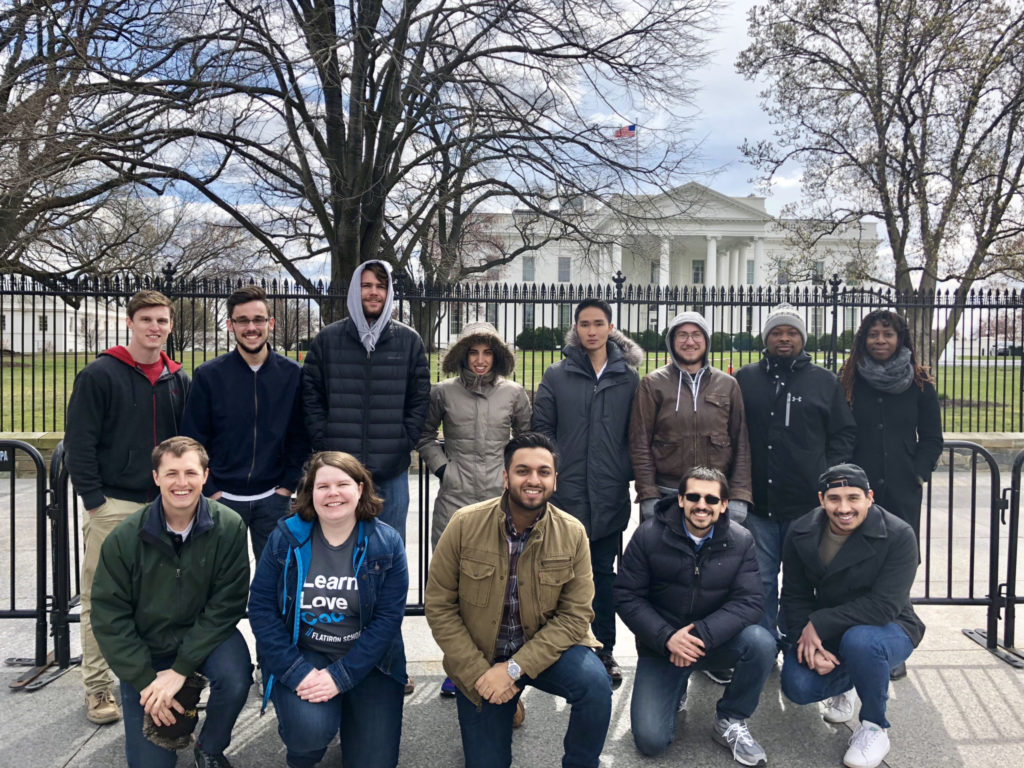 The first day of school is a nerve-wracking experience for everyone. But with the inevitable nervousness is the inevitable excitement. “We went through introductions, figuring out all the different places that people are coming from to join this bootcamp,” Leeza said. She enjoyed discovering all the varied experiences of her classmates and meeting her instructors.

“I think I got lucky in DC because all of the instructors who came down were amazing. The scheduled events were incredible.” Leeza said. “It was really encouraging to attend the Women In Tech panel. The questions were amazing, networking before went really well. It was a great first month, for sure.”

A coding bootcamp is more than cramming as much coding as possible in 15 weeks. As you learn HTML, JavaScript, or Ruby, you’re also learning how to work with a team and think like a software engineer. The first week of the Immersive Software Engineering Bootcamp includes pair programming assignments so students can get to know their fellow classmates. Leeza and her cohort created profile pages and learned more about how they got to this course. During this first week, Leeza said they didn’t just “talk code, but talked about real-life.”

After bonding with her cohort, the next step in her journey was mastering the curriculum.

The curriculum at Flatiron School gradually increases in difficulty as new concepts are introduced that build off of previous skills and tools. Throughout each section, these skills and tools are reinforced. One technique involves taking the hard route to a build something that’s already in existence before introducing an alternate, easier solution. “One of the mottos here is ‘There must be another way.’ It’s easier to understand these advanced concepts once you’ve seen both ways,” Leeza said.

Instructors were also on-hand to help students. While they can help and impart some wisdom, Leeza said they also made a point to make sure that she was taking of herself and not just taking care of the code. Taking a break or checking in on their programming partner helped her overcome challenges during the coding bootcamp.

As Leeza worked through the immersive program, she began working on a few personal projects and started researching topics of interest to be prepared for her next steps. By the end of her time at Flatiron School, Leeza learned all the skills she needed to be a software engineer and completed her final project. 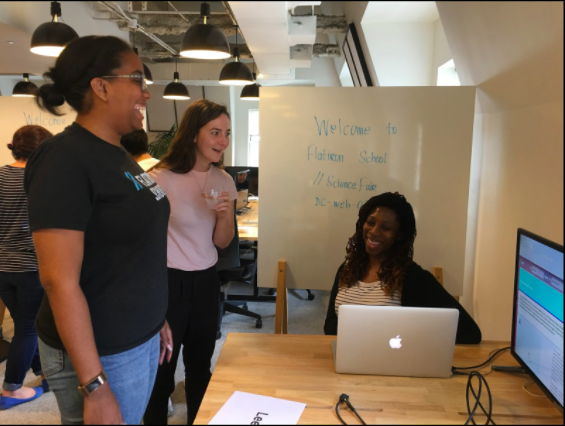 Leeza used Drupal in her previous job and had the inspiration to build a content management system (CMS) for her final project. Using her new skills, she designed her own single-page app that lets users create their own page using drag-and-drop features along with a customized URL.

Our dedicated Career Services team helped Leeza land a job that’s right for her. “My career coach has been incredible and I feel like I had great support, emotionally and technically, through all the ups-and-down of finding a job,” Leeza said. She wanted to work at a creative agency or a non-profit and our community leads have been sourcing opportunities for Leeza and her classmates.

Within four days of graduating from Flatiron School, Leeza was offered a job as developer at the Center for Strategic and International Studies. Not only did she start her career in tech, her work will make an impact. It’s exactly what Leeza wanted and the Flatiron School Career Services team worked hard to build leads with non-profits and think tanks.

Looking back, Leeza said her biggest takeaway was the empowerment given to her and her classmates. “All of my professors have said ‘Everything you see on the internet is within the scope of your capabilities.’” Leeza said. “It may take us a little longer, but I know I can do this. I also learned how to work with other people and that may be as important, or even more important, as learning code.”