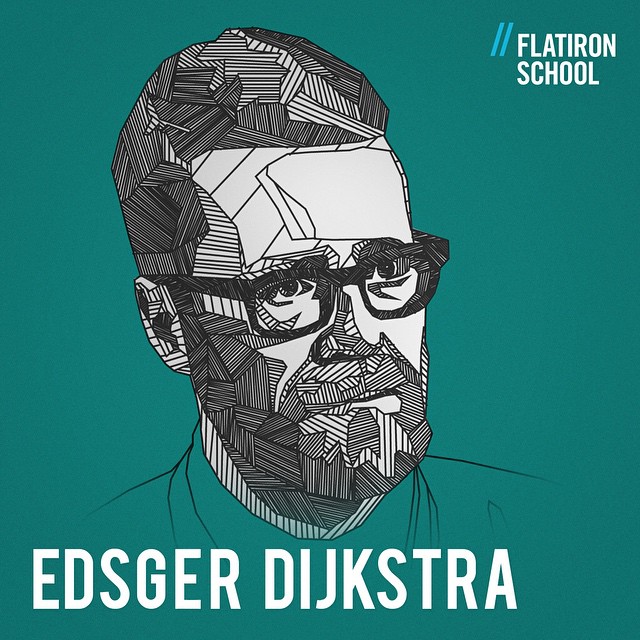 Computer Scientist Edsger Dijkstra shaped his field from both an engineering and a theoretical perspective. Today, he is best known as the inventor of structured programming, a master of tongue-in-cheek commentary, and a former owner of a Volkswagen van dubbed “the Touring Machine.” Despite what he might have said about object oriented programming, Dijkstra is always a part of Flatiron School lectures. Dijkstra is well known nowadays as the inventor of structured programming—in which programs flow from top to bottom following a hierarchical model. As the terminology implies, this invention has made code more structured, and, more specifically, clearer, faster, better organized, and higher quality. That structured programming is one of Dijkstra’s central contributions makes sense given his advocacy for simplicity above all and his critical perspective on programming languages. This perspective is summed up nicely in a short, tongue-in-cheek essay called “How do we tell truths that might hurt?” that Dijkstra published in 1975. The essay is centered on aphoristic “truths” about programming. Most of these “truths” are blunt and biting. For example, “The use of COBOL cripples the mind.” Apart from his harsher truths, one statement resonates in particular:

Dijkstra saw the programming languages available in the 70’s as flawed. His work toward improving them was in service not only of faster programs, but also of a more rigorous, innovative approach to programming. As we interpret it: using inadequate tools is damaging not only to programs but also to a programmer’s ability to think of elegant solutions to complex problems—an overarching theme in Dijkstra’s work. As he once said:

“If 10 years from now, when you are doing something quick and dirty, you suddenly visualize that I am looking over your shoulders and say to yourself, ‘Dijkstra would not have liked this,’ well that would be enough immortality for me.”