A Look At Women In The Tech Workforce

As we honor Women’s History Month this year, we urge you to break biases and help bridge tech’s gender gap, starting by taking a look at these women in tech. 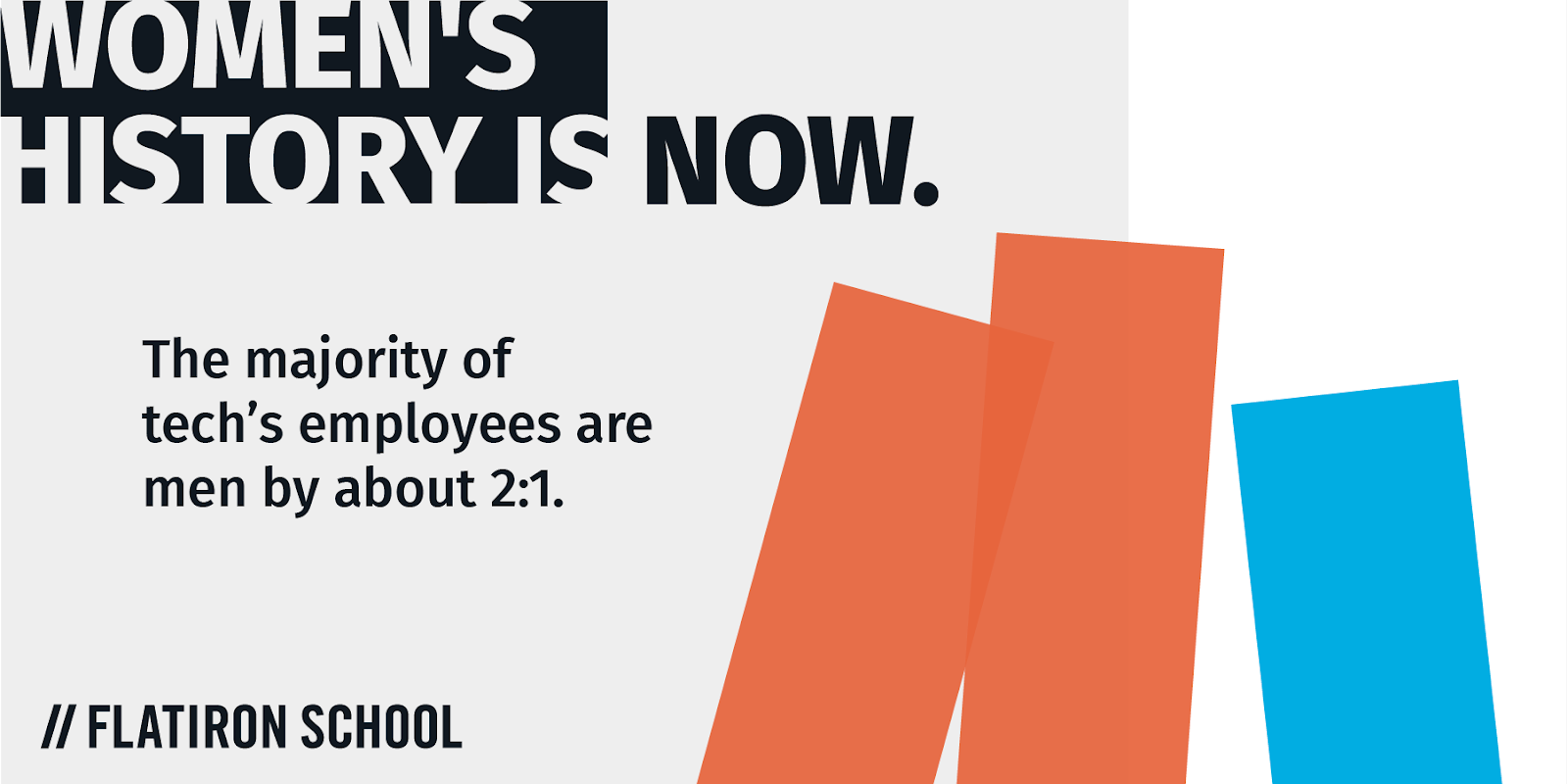 Today’s workforce grows more empowered each day. Workers are making demands for equal pay, fair treatment, and flexibility, and they’ve been ready and willing to find new employers who can meet their needs. The benefits of inclusion are well known. These include increased collaboration, higher employee engagement, reduced turnover, improved profits, and stronger brand identity. As we honor Women’s History Month this year, we urge you to break biases and help bridge tech’s gender gap, starting with your team.

Fortune 500 companies with at least three women in leading positions saw a 66% increase in ROI and have a purchasing power of an estimated $5 trillion. As recently as July 2020, there still are not nearly enough women in tech. The majority of tech’s employees are men by about 2:1, a ratio that’s even more lopsided in technical roles.

Women have played a key role in the advancement of technology and computer science since its creation. For example, computer pioneer Grace Hopper devised the theory of machine-independent programming languages, which led to the creation of COBOL — an early high-level programming language still in use today. Actress and inventor Hedy Lamarr filed a patent for frequency-hopping technology in 1941 – a precursor to Wi-Fi, GPS and Bluetooth connectivity technologies now used by billions of people worldwide.

Being a woman in IT is not always easy, and being the only woman in the boardroom at times can put unseen pressure on you. When you bring women into senior roles, you demonstrate that others have an opportunity to succeed, too.

According to Forbes, while the percentage of women in the U.S. labor force has climbed 46%, it is still significantly lower when it comes to the technology sector. We still have our work cut out for us.

Diversity In Tech Women In Tech