New York City has long been a leader in many industries in the past, but its growth in the tech industry is changing the way people think about education, career paths, and where companies are launched and nurtured. In the last decade, New York City has focused on a digital transformation that’s rivaling even Silicon Valley.

“Many of the city’s tech jobs are not in technology companies. Instead, they are tied to industries where the city has long been positioned as a world leader — like finance, advertising and media.” Once NYC established itself as a digital player, more and more tech startups in NYC began to launch and with those launches came increased venture capital funding. So much so that NYC ranked 2nd in funding availability and quality in 2020.

New York City’s diversity is also a major factor in the growth of the NYC tech industry. With 8.5 million residents, over 410,000+ women owned businesses, NYC has become a top location for tech startups. There are also a host of educational institutions with “2.3 million people with bachelor’s degrees (including 1+ million degree holders in science & engineering-related fields)" according to Startup Genome. However, “up to 44% of tech ecosystem jobs are available to workers without a bachelor’s degree, and tech ecosystem jobs pay an average hourly wage nearly 50% higher than the average for all industries” based on a New York City Tech Ecosystem Study by HR&A Advisors Inc. This is where Flatiron School comes in to offer New York City residents, with or without degrees, a pathway into the tech industry. Flatiron School teaches people with little to no prior technical experience the skills they need for the future workplace. Through a rigorous curriculum and a supportive, collaborative community, Flatiron School’s education program transforms passionate learners into skilled tech professionals in as little as 12 weeks to keep up with the growing demand of NYC’s tech sector.

To help you better understand the dominance and growth of the NYC tech industry, we’ve compiled a list of 5 stats that shows how great NYC is for tech.

1. New York City ranks No. 2 globally, behind Silicon Valley, as the best tech ecosystem in the world according to the 2020 Global Startup Ecosystem Report (GSER) by Startup Genome. This is due to the number of startups, unicorns, accelerators, bootcamps and incubators within the city, as well as having a very diverse talent pool.

2. 85% of companies in New York City plan to increase hiring new tech talent, with some companies planning to increase tech hires by more than 20 percent in 2020 according to Accenture and Tech:NYC. As digital needs continue to grow, traditional industries have had to keep up with the transformation to stay competitive. There has also been growth in the need for Big Data, Analytics and Cybersecurity within the digital landscape and according to Startup Genome, “Recent 5-year growth in AI and Big Data VC funding is higher in New York City than the Bay Area and Boston” and “Cybersecurity is a billion-dollar industry in New York City”

3. Total number of open tech jobs in NYC is 24,000+, according to LinkedIn Jobs for Software Engineering, Data Science, Cybersecurity Analytics and Cybersecurity Engineering. The market is in need of tech talent and that need grows every day as the NYC digital transformation continues to grow each year.

4. Tech giants like Amazon, Apple, Facebook and Google, plan to add 20,000 new jobs to NYC by 2022 according to the NY Times. “Tech companies are choosing New York to tap into its deep and skilled talent pool and to attract employees who prefer the city’s diverse economy over technology-dominated hubs on the West Coast. New York is also closer to Europe, an important market.” 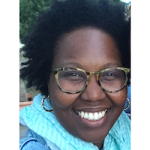