Women can launch their career, thrive, and improve their lives. And Flatiron School's successful alumni prove it. In our latest Jobs Report, 90% of our women alumni successfully landed jobs within the reporting period — 7 points higher than men. Women also saw a $72,280 average starting salary — $3,915 than the $68,365 for men.

For all placement rates on this page: For job-seeking women graduates included in the 2020 Jobs Report including full-time salaried roles, full-time contract, internship, apprenticeship, and freelance roles, and part-time roles during the reporting period

A more diverse tech workforce is more creative and effective, and we model that culture at Flatiron. Since 2012, we’ve partnered with like-minded companies to award $1M in coding scholarships for women in tech and have remained committed to fostering an inclusive learning community where every student can thrive.

Meet some alumni who’ve overcome their obstacles and pursued a tech education en route to becoming successful women in STEM.

Tech has a gender diversity problem

For years the tech industry has been grappling with a problem that it still hasn’t solved: the industry is overwhelmingly staffed by men. And while strides have been made, gender parity in tech is still too far off.

As recently as July 2020, there still is not nearly enough women in tech. The majority of tech’s employees are men by about 2:1, a ratio that's even more lopsided in technical roles.

Unfortunately, the industry's trendsetters haven't caught on, either; gender diversity still varies widely across tech’s most influential companies. In some years, the industry improves these ratios, whereas in others it steps in the wrong direction.

And in addition to the problems inherent to a gender gap, they're bad both for a company’s culture and for its bottom line.

Tech companies lose more than $16 billion every year from half of tech’s women turning over, and there are direct correlations between a company’s gender parity with its business performance. Put simply: companies with a more diverse staff build better products en route to greater success.

Of course, change starts with us. And there are lots of things we can do to help, like raise awareness about unfair stereotypes, identify biases that might drive women away from STEM when they’re young, promote better hiring practices, advance tech scholarships for women, and make tech education more accessible...

Together, we can help make tech a fairer and more inclusive industry

At Flatiron, we’re in a great position to effect change: we can help make tech education more accessible to women through tech scholarships, initiatives, and a supportive learning environment. And though we still have room to improve, our latest Jobs Report shows our accessibility efforts are having an impact.

We help hundreds of every year get the education they need to start the tech career they want. Women are enrolling at Flatiron, finding jobs, and succeeding — making Flatiron the perfect place for you to invest in your future. 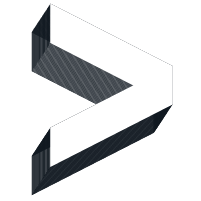 Hear from the alumni who took control and empowered their careers

A career in tech is achievable for anyone willing to put in the work, and we're proud that so many women have chosen to learn with Flatiron — whether or not through our tech scholarships for women. Learn more from some of Flatiron School's most successful alumni.

"My biggest support system has been, plain and simple, community. Whether that community is women in tech, lesbians in tech, blockchain and crypto women, I find my biggest support in meaningful relationships with peers and mentors."

"I spent my entire life believing I was lazy. Turns out it's not true, and it's probably not true for you either."

Our alumni are just a snapshot of the overall trends at Flatiron School — Flatiron's gender diversity in our classroom pace similar courses nationwide.

In our latest Jobs Report, 33% of our graduates were women. That’s 12 points higher than the 21% of women who accounted for Bachelor’s degrees in Computer and Information Science in 2019. Through our diversity initiatives and scholarships for women in STEM, we expect this number to continue to grow.

Change happens when people work together

Tech's gender gap won't improve without people working together to take action. We're proud to partner with like-minded companies to make a tech career a reality for women across the country.

Every day, our leaders at Flatiron promote a learning environment that supports every student

Change comes from within, and it starts with our leaders. At Flatiron, our advocacy for fair tech representation wouldn’t mean much if we didn’t practice what we preach. Our tireless leaders works to embrace diversity in our classrooms so everyone — regardless of their background or their ideas — can learn and succeed.

“A more diverse tech workforce is a more effective tech workforce. At Flatiron School, we want to fast-track tomorrow’s female tech talent into the industry. Through initiatives like Women Take Tech we’re working every day to change the culture for the better.“

"It’s so important that women contribute to technology so that technology can better serve our diverse and evolving world. Flatiron School’s Women Take Tech initiative is a vehicle for those women and we proudly launch them into careers where they impact the world around them for the better."

Scholarship for women details and eligibility

Start learning for $0 upfront with a partial scholarship of up to $3,000.

For students in the U.S., you’ll be able to enroll with no deposit when you choose to pay upfront, with a loan, or in installments (installment plans are available for online programs only). The Women Take Tech Scholarship is a partial scholarship of $2,000. Recipients who are in need of financial assistance (as outlined below) may be eligible for an additional grant of $1,000.

Scholarships are limited and are available to 75 students per year across all campuses and online.

Available for all Flatiron School campus-based and online courses globally.

To build a more diverse, inclusive tech community, the Women Take Tech Scholarship will be awarded to women.

You may qualify for an additional grant if you earned less than the annual income shown during at least the last 12 consecutive months for the region where you reside:

To bring fresh perspectives and new backgrounds to the tech community, the Women Take Tech Scholarship will only be awarded to individuals who have no prior experience working in the technical role they’re being trained for.

Frequently asked questions about our scholarship for women in tech

What is the Women Take Tech Scholarship?

The Women Take Tech Scholarship is designed for new enrollees at Flatiron School courses globally. Flatiron School has allocated $200,000 dollars from our scholarship budget to equip women recipients with the education and skills necessary to obtain a job in the information technology workforce.

The scholarship will be offered to eligible female students who enroll starting in March 2021. Approximately 75 students per year will receive a scholarship.

Flatiron School will cover between $2,000 to $3,000 for each scholarship recipient in the form of a tuition credit, depending on program and eligibility requirements. Scholarships will be available to students interested in Flatiron School’s online and on-campus (currently remote) Software Engineering, Data Science, or Cybersecurity Engineering programs. Scholarships will be awarded to individuals who successfully complete the admission process, are at least 18 years of age, and identify as a woman.

Who is eligible for the Women Take Tech scholarship?

Available for all Flatiron School campus-based and online courses globally.

To build a more diverse, inclusive tech community, Women Take Tech Scholarships will be awarded to students who identify as a woman.

You may qualify for an additional grant if you earned less than the annual income shown during at least the last 12 consecutive months for the region where you reside:

To bring fresh perspectives and new backgrounds to the tech community, Women Take Tech Scholarships will only be awarded to individuals who have no prior experience working in the technical role they’re being trained for.

How do I receive the Women Take Tech Scholarship?

Apply to Flatiron School as you normally would. Then you'll discuss the scholarship and eligibility when you chat with one of our admissions reps.