Behind JavaScript, HTML/CSS, and SQL, Python is the fourth most popular language with 44.1% of developers, according to a 2020 survey.

The first three are almost universally used as web development languages and are often picked up along the programming way, but Python's versatility in web development, data science, and even cybersecurity sets it apart as one of the most beneficial — and popular — languages a programmer can learn.

But how do you learn Python? We'll show you how you can learn to code Python for free today with one of our introductory lessons — and where to go from there. 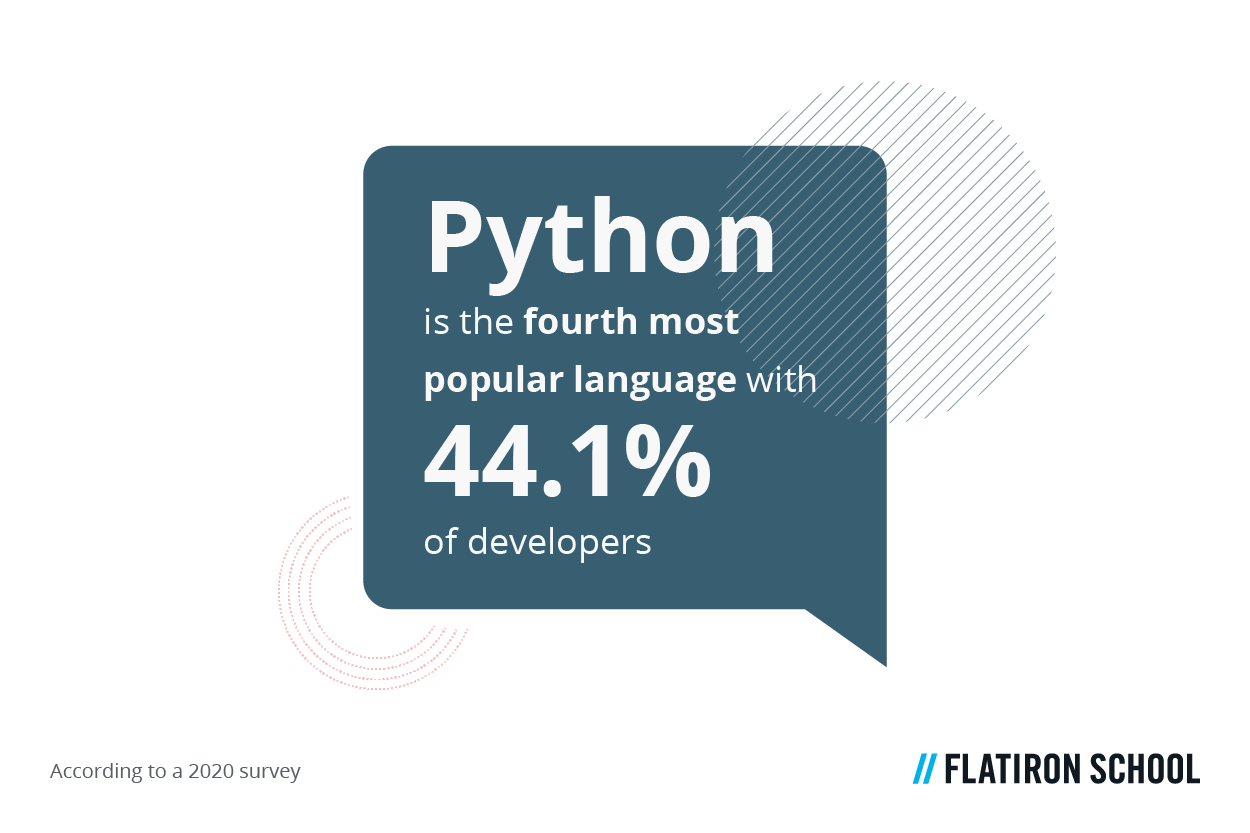 On their official page, Python's developers define it as "an interpreted, object-oriented, high-level programming language with dynamic semantics." 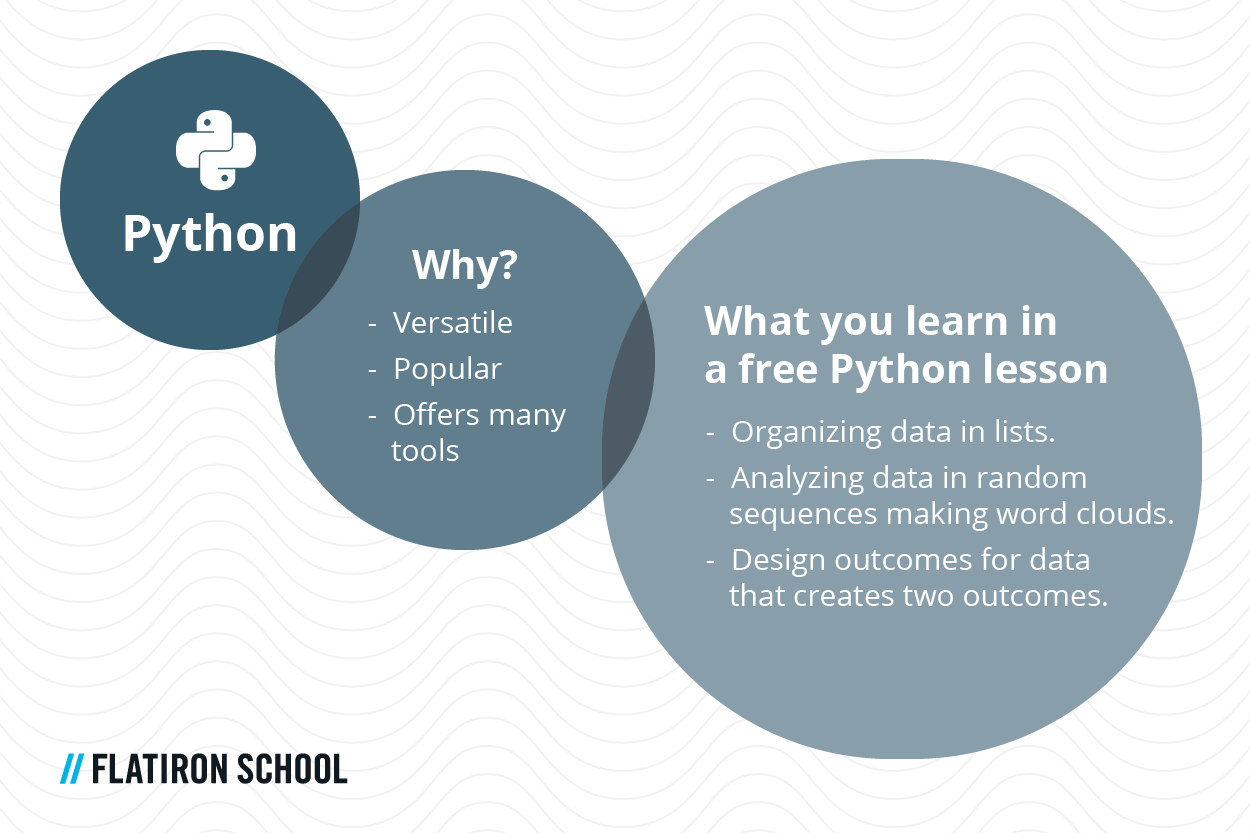 Is Python easy to learn for beginners?

For a tool so powerful, Python is a relatively simple language to learn. Python is a high-level programming language, meaning that it is not only easier to understand than low-level languages like machine code, but it is also easier to debug and is able to run on multiple platforms. These factors make Python much more user-friendly than other first language options — though it helps if you have someone to guide you along the way.

What will I learn in a free Python lesson?

If you think you'd like to try your hand at programming but would like to get your feet wet first, try our free Python lesson.

The free lesson will cover a real-life scenario of plotting out travel destinations on a list — something airlines must do each day. Here's an overview of what you'll learn to do:

These are the basic Python concepts you need to know for a career in data science or computer science. If you'd like to dive even deeper into Python, we have two more online workshops where you can learn to code for free.

A combination of data analysis and data visualization, word clouds create randomized clusters of search-related words and vary their size according to their frequency. Doing that manually would take a lot of work, but a little knowledge of Python enables you to create a compelling data visual.

In our lesson, we'll take The Beach Boys' classic hit, "Barbara Ann" and convert it to a word cloud. As we do, you'll learn about:

By the time we're done, you'll have enough knowledge to use Python to make a word cloud of your own.

It may sound intimidating, but the binomial distribution is simply the probability of a certain event in a series of experiments where only two outcomes can occur — and it's extremely powerful in real-life settings. The hotel industry relies on it to maximize its profits in the event of a cancellation. We'll show you how it works in our free binomial distribution lesson.

In this workshop, you'll learn how to:

There are many uses in data science for the binomial distribution, and this lesson will give you the knowledge to wield this effective statistical tool. 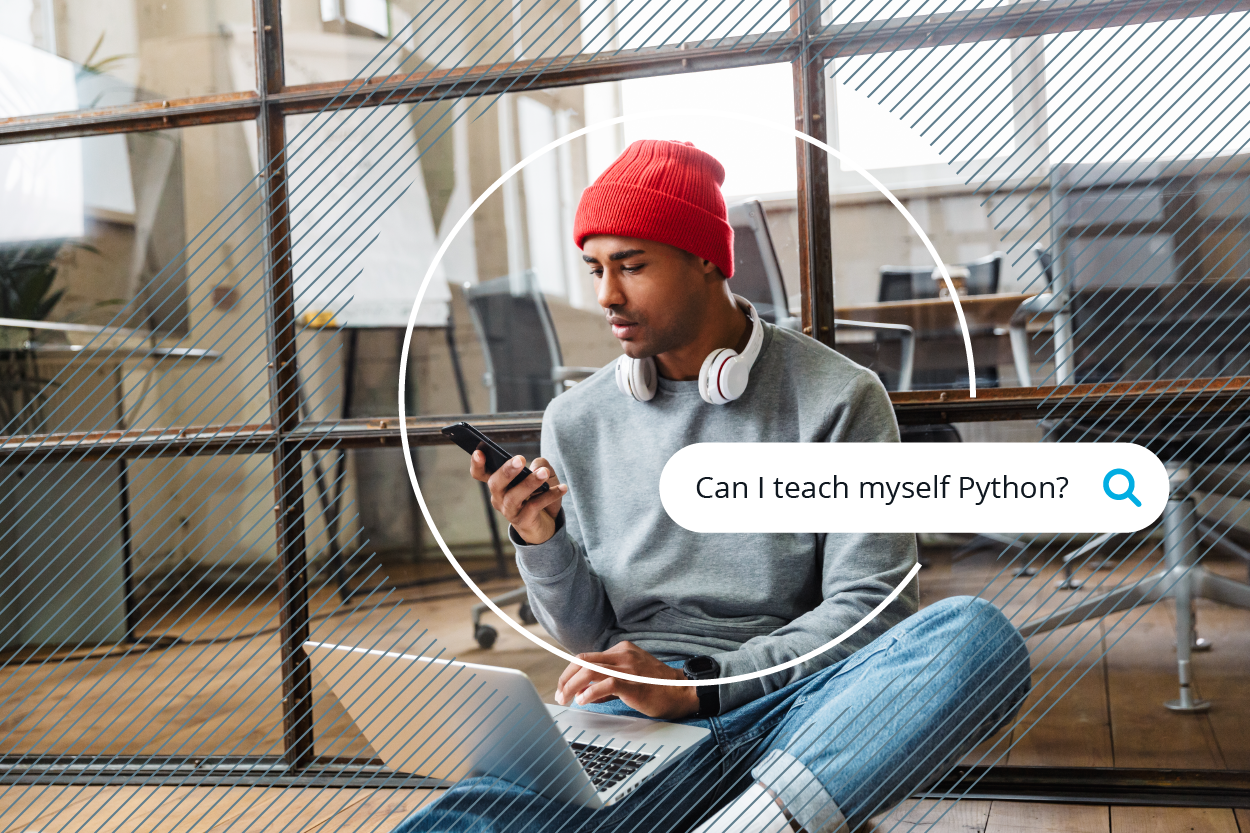 Can I teach myself Python?

Python is a relatively user-friendly language to learn, so it's possible for you to learn it on your own. It takes self-motivation to do it, though, and you need to make sure you're learning from legitimate resources. Flatiron School is here to help. With our Python tutorial, you can learn to code Python for free, even if you have little programming experience.

If you're serious about diving into data science, web development, cybersecurity, or any other tech field that requires programming, Python is an excellent place to start. That's why at Flatiron School, Python is one of the major programming languages our instructors focus on. Our courses will take you much deeper, but this free lesson will give you the foundation you need to begin learning the language today.